The long history of this ornate theatre began in 1814, when a group of prominent citizens of the town decided to ask Cefalù’s municipal authority to provide a patch of land and obtained, in 1816, a small tract just outside the west walls of the city. Barely two years passed before the theatre, in the typical Italian horseshoe shape, was completed by the celebrated architect Antonio Caruso. During World World II it was the headquarters of the German troops, housing their command base for the area. Immediately following the war it began a renovation to meet the new needs of modern cinematography. In 1982 it was decided to dedicate the theatre to the Cefaludese violin maestro Salvatore Cicero, first violin of some of the most celebrated symphony orchestras of the 1960s and an excellent composer who had died prematurely. Six years later, under the direction of Giuseppe Tornatore, the theatre became a film set and images of its interior were beamed around the world with the film ‘Nuovo Cinema Paradiso’, which won the 1989 Oscar for Best Foreign Language Film.

Rebuilt in a late Renaissance style, is certainly one of Cefalù’s most curious monuments. Below the rocky outcrop of the ‘Rocca’, which towers over Cefalù, flows the river ‘Cefalino’ which follows an underground channel into the sea. The ancient washhouse sits where it meets the bay. In Arab-Norman times this was the where all the town’s laundry was done. Demolished in 1514, it was rebuilt slightly inland within the city walls and in 1655 the river mouth was covered with arches. In 1890 it settled in its present location, and it was comprehensively restored in 1991. The washhouse has a staircase of local ‘lumachella’ stone staircase that lead down to a floor worn smooth by time use. A series of basins fill with water flowing from twenty-two cast iron mouths (fifteen of which are lion’s heads) which are arranged along the walls underneath low vaults. Finally, through a small cavern, the water flows out into the sea.

The splendid ‘marine gate’ of Cefalù, with its thick Gothic arch, is the only remaining member of the quartet of entrances that once opened the walled city to the outside world. The gateway overlooks the colourful fishing marina and pier, where scenes were filmed for the famous movie ‘Cinema Paradiso’.

A Walk Along the Sea

The seafront promenade which stretches from Piazza Marina along to the cape of Sant’Antonio, follows the city walls of the historic old town of Cefalù, which date back to the fifth century B.C. Commonly known as the ‘megalithic’ walls for their sturdy construction, the barricade consists of huge blocks of the local ‘lumachella’ stone piled dry, an average of five or six meters above ground, in defence of the town. This walled perimeter was built to defend the city from nautical raids, but also offered it protection from stormy sea storms raised by the formidable grecolevante, grecoponente and maestral winds. After the sixteenth century, much of the walls of the historic city were repurposed to create houses. The unique character of this mural system can now be seen in its entirety from the path that winds over the rocks and which, through entry points at Porta Pescara, Capo Granaio, the Bastione, the Postierla, Porta Giudecca and Capo Sant’Antonio, integrates the very cliff into the fabric of the time, becoming a kind of rocky ‘park’, entirely navigable on foot from the marina at Presidiana.

The most remarkable evidence of the ancient Kephaloidon (Cefalù) is its fortified ‘megalithic’ walls, built with huge blocks of dry stone three metres thick. These walls – still very well preserved today, particularly on the north side – enclosed the entire city to create a seemingly impregnable fortress. As recently as the XVII century only four gates opened along the walls. To the south, ‘Porta Terra’ stood in what is now Piazza Garibaldi, and ‘Porta Ossuna’ in Piazza Cristoforo Colombo; to the west, ‘Porta Marina’ or ‘Porta Pescara’ (the only one of the four to remain intact) opened out to sea, and finally, to the east, ‘Porta Giudecca’ stood near the church of St. Anthony (‘S.Antonio’).

Was built on the orders of Ruggero II, the first King of Sicily, in 1131. After his death (in 1154) construction was interrupted and resumed only under Federico II (1215). In the XVII-XVIII centuries the inside of the cathedral was rebuilt in a baroque style, but XX century restoration work led to this being almost completely removed. The building, elevated above the town square, is reached through a churchyard which in turn is accessed by a broad staircase. The facade is framed by two mighty towers (1240) and decorated in the upper part by interlocking arches with an Arabic style, and at the bottom by a portico with three arches (XV century). The interior is laid out in a ‘Latin cross’, divided into three naves. The most noteworthy element of the cathedral are the mosaics, made by Byzantine masters (in 1148). Chief amongst these stands out, in the apse behind the high altar, the image of Christ Pantocrator.
Among the most valuable pieces inside the Cathedral here are the baptismal font, created from a block of local ‘lumachella’ stone, a Madonna by Domenico Gagini (XVI century) and a carved wooden Crucifix (1468).

The cloister annexed to the northern side of the Cathedral represents one of the most excellent artistic – sculptural testimonies of the Norman age, as well as the oldest example of an existing cloister in Sicily of the type with twin capitals on a double column. The capitals, a sublime example of Romanesque sculpture, feature decorations with figures of monkeys, acrobats, deer, eagles and other fantastic beasts while in others they depict scenes from the biblical stories of Adam and Eve and Noah’s Ark.

was founded by the patron and collector Enrico Piraino, Baron Mandralisca, in 1809. It is housed in the same building where the Baron once lived. An erudite and enlightened man, Piraino collected paintings, coins, works of art, archaeological finds and documents throughout his life. The pieces on display are varied and include an art gallery, a collection of molluscs, a coin collection section and an archaeological exhibit. The museum also includes pieces of furniture and a library. In the archaeological section can be found ceramics, statues and mosaics, most of which are made in the Cefalù area. In the numismatic wing, ancient coins dating back to the fifth century B.C. are of particular interest. Paintings by Sicilian artists from the XV-XVIII centuries are on display in the art gallery, where the jewel of the collection is undoubtedly “Portrait of an Unknown Sailor”, by the great Italian master Antonello da Messina (1465-1472).

The Roman Road within the 'Court of the Stars'

During the construction of the Corte delle Stelle complex, a stretch of Roman road running North-East to South-West was found, dating back to the first century AD. Paved with sandstone slabs, around about 6 metres in length and just over half that in width has been preserved. It has a lowered gutter running along its middle, for drainage, a lead pipe which carried drinking water and and terracotta system for sewage. Two rooms face onto this stretch of road.
The discovery has been housed in a museum within the Corte delle Stelle structure (‘Court of the Stars’).

local tradition holds, was built for Ruggero II and intended to be his home. In the XIV century the palace was owned by the Ventimiglia family and completely rebuilt according to the taste of the era. Later it was given to Dominican friars and ultimately divided into apartments and shops.  The walls of the quadrangular tower are probably from the Norman period, at least up to a certain height. Both the external and internal walls hold decorative two- and three-panel windows and traces of a decorative two-tone stone composition (of sandstone and basalt) are visible, probably dating right back to the very first phase of the palace. Excavations carried out within the structure have unearthed remains of buildings from the Hellenistic period, bronze coins from the fourth century B.C. and various ceramics.

Known by the Phoenicians as Hercules’ promontory, is a spectacular limestone cliff which rises 270m high. A Greek myth tells of the sad love of the beautiful shepherd boy Dafni, the Sicilian Orpheus. Blinded by an angry Juno for betraying his daughter Echenaide, he was transformed by the merciful god Mercury into the imposing fortress which dominates Cefalù and from whose shape the town took its name. The ancient inhabitants perceived it to have the fortm of a gigantic head, the meaning of the root ‘Kef-‘ from which the name of the city was derived.

Atop the Rocca are the remains of the Castle of Cefalù, which dates back to the XIII-XIV centuries and was built on a rectangular plan of 35m x 20m. In studying the remains, archaeologists have hypothesized that it would originally have consisted of two towers and 12 rooms. The castle dominates the skyline of Cefalù from afar, a testament to its original strategic importance.

The Temple of Diana

Not far from the ruins of the castle at the summit of the Rocca of Cefalù, the remains of the so-called Temple of Diana can be found. A megalithic building dating back to the ninth century BC, it seems that this originally was a sacred structure for the local ‘water cult’. Within the temple there is a cistern, also dating back to the ninth century BC. Given its strategic position we can assume that the temple also played a defensive role. 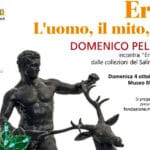 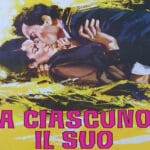 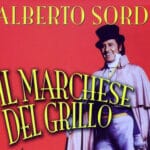 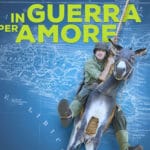 Cinema all’aperto – “In Guerra per Amore” 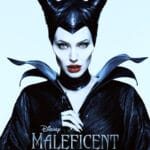